Electricity prices are on the rise despite Pakistan’s adamant strides towards the renewable energy sector, China-Pakistan Economic Corridor, and an overall increase in energy conservation awareness in the general public.

The reasons, as mentioned by several sources, include austerity, high taxes, greater demand for electricity, and an attempt to boost Pakistan’s agricultural sector. Because of said price hikes, offices and homeowners alike are starting to invest in solar panel installation in Karachi.

As mentioned in one of our other blogs, solar panels are a good way to save up on electricity costs, especially now that the summers season has set in, featuring clear skies and long days.

For those of you who are interested in getting solar panels installed in their homes in Karachi, following is a quick guide to explain what a solar panel is, how it works, proper solar panel installation in Karachi, and how they have the potential to be Pakistan’s next big step towards a sustainable-energy-future!

What Are Solar Panels?

What It’s Made Of

Solar panels are the combination of a number of “solar cells.” These cells primarily constitute silicon as their base element. When these cells get exposed to light, silicon’s electrons get excited due to transfer of energy from light’s photons. These excited electrons exit the element’s atomic orbit and start flowing to generate electric current via solar energy.

There are several different types of solar panels as well and numerous intricacies involved in why and howsolar panels generate electricity, which involves P-N junctions, atomic pressure, and so on, which we will discuss in another blog. 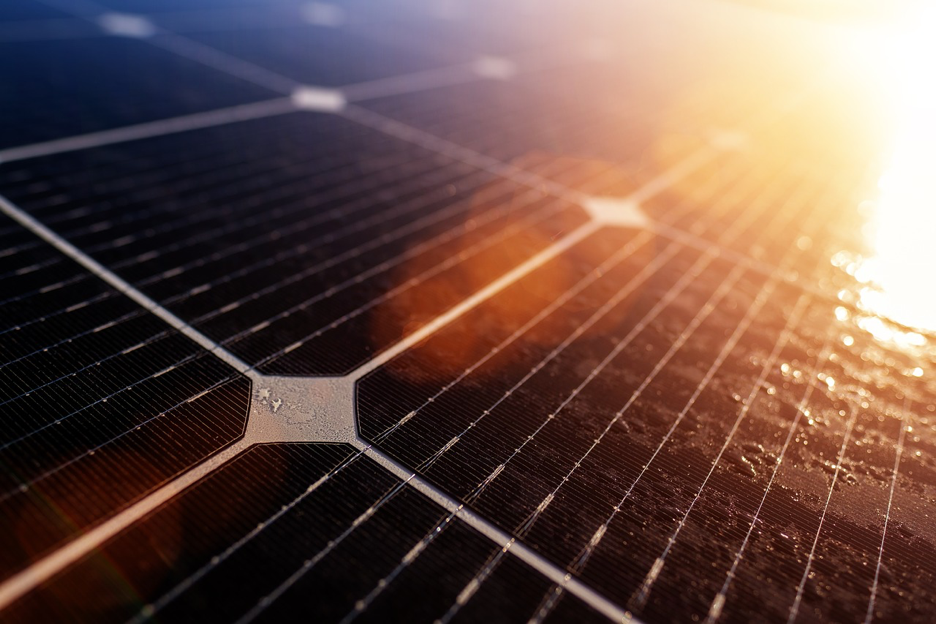 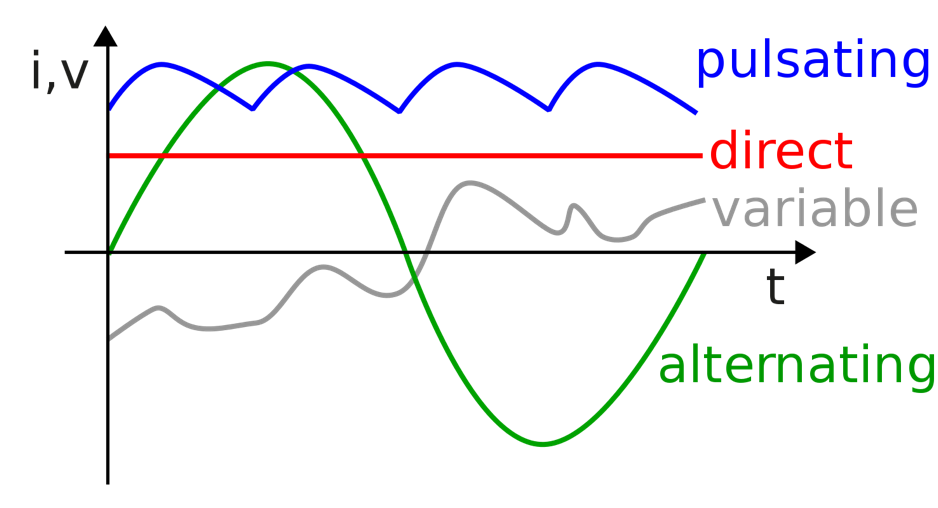 Installing one solar panel isn’t enough to provide power to a typical home or office, therefore it is advised to install a collection of panels at once. Professional solar panel installers in Karachi wired these panels into an inverter, since the system generates direct current (DC) only.

DC isn’t of much use around the house, therefore inverters are an essential piece of equipment along with solar panels. Inverters are responsible for converting DC to alternating current (AC), which is used in almost all the appliances at home or office. 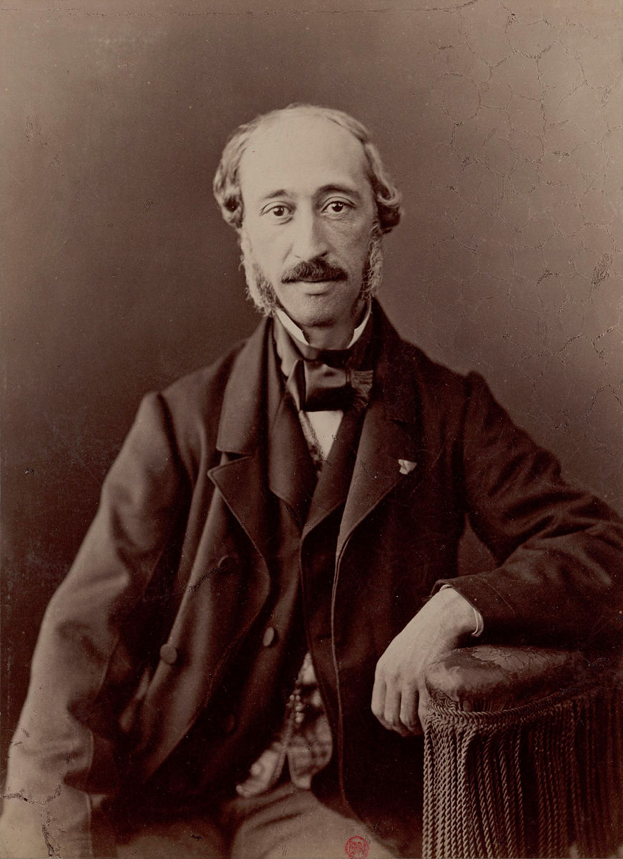 Solar panels are the brainchild of a French physicist, Alexandre Edmond Becquerel who studied the solar spectrum. In 1839, he discovered the photovoltaic effect and in turn how the sun’s UV rays and photons can be converted into electricity. Photovoltaic effect is the basic operating principal of a solar cell.

Experiment – What Is The Photovoltaic Effect?

Edmond Becquerel, aged just 19, created the first solar panel in his father’s laboratory when attempting to create an electrolytic plate. He used silver chloride and silver bromide to coat platinum electrodes and when these were exposed to electricity (by mistake, many believe) they lit up, indicating an electrical discharge.

Parts Of A Solar Panel

There are several key components that encompass a solar energy system, each necessary for proper solar panel installation in Karachi. These include:

This goes without saying that solar panels are a vital part of any system to capture photons from the sun. 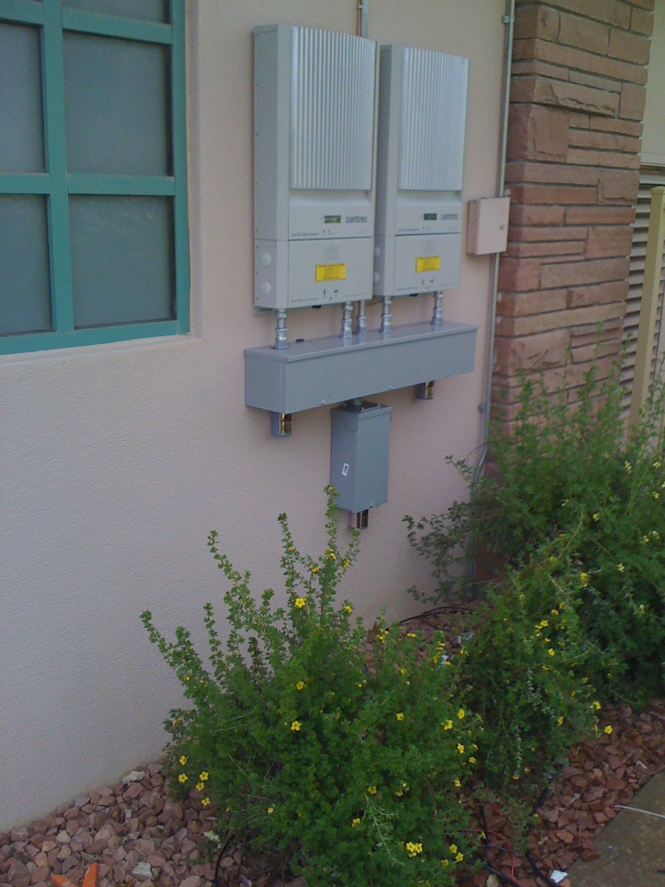 An inverter, as mentioned above, converts DC to AC to make sure the output energy is usable at home and offices.

While placing solar panels on the floor might seem cost-effective, it couldn’t be further from the optimal choice. You need to mount your panels in an angle that maximises sunlight on your panels.

One chief concern people have regarding solar panels is whether they work at nights or not. Well, they don’t. Solar, by name, suggests that it need sunlight to operate.

However, this does not mean that they are completely useless at nights! You can ask your solar panel expert to install batteries in your system so that it can store excess solar energy during the day for you to use at night. These batteries act just like a UPS, shifting seamlessly from and to batteries when they run out of energy supply or charge.

A charge controller is an electrical panel that you can install anywhere along the connection between your batteries and solar panels. It serves to help you control the rate at which the generated electricity charges your batteries and how much of it flows to your home. This panel includes fuses, breakers, and other safety measures to protect your batteries and appliances from surges and short circuits.

You can also add stabilizers on your system’s output to make sure your appliances don’t get damaged from variable electricity supply, faulty equipment, or improper solar panel installation in Karachi.

To explain the working process of solar panels in simple words; solar cells allow light’s photons to knock electrons out of the silicon element and produce electricity.

Following are the steps involved in how a solar panel works;

How Long Do Solar Panels Last? 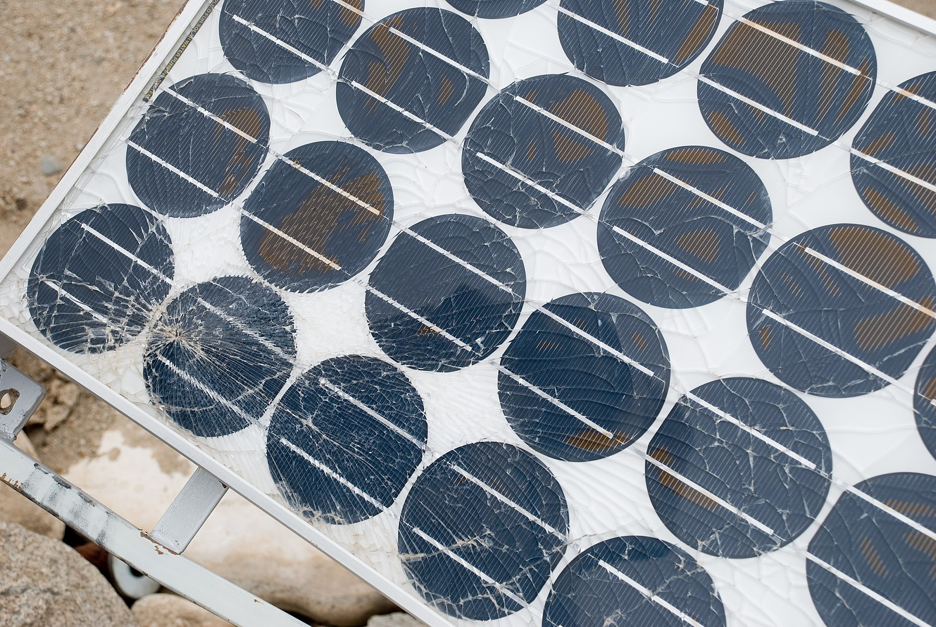 When electrons release their excess photon energy, they relax and get absorbed back into the silicon ion to reform silicon. However, that is not always the case. Over time, silicon starts to degrade, thus reducing the efficiency of solar cells.

This is a fairly slow process, keep in mind. For example, a panel rated at 300 watts would still be producing an output of about 240 watts at the 25-year mark! Solar panels tend to be rather reliable and sturdy in terms of durability, as a study by NREL (National Renewable Energy Laboratory) in Colorado, US, showed. This study suggests that over 75% of panels outperform their warranty (which is usually 20-25 years).

That said, parts such as inverters, batteries, wiring connections, etc., have a much shorter lifespan. Due to the immense heat in most of Pakistan, solders tend to melt or loosen up after a year or two.

You should get your solar panel system inspected and repaired annually by experts to maintain efficiency. Professionals from Kam Kaj can help you replace all the faulty parts cost-efficiently and reliably, be it an inverter, battery, wiring, or any other problem you might face.

As with everything, solar panels have their pros and cons as well. However, from our experience and customer reviews, we have learned that the pros outweigh the cons significatntly!

Solar energy costs a lot less than what you end up paying in terms of utility – let’s jump to facts and figures for a more accurate and vivid representation of that. The national average cost of electricity is about Rs. 15.53 per kilowatt hour (kWh) of electricity used. Assuming you use 1,000 kWh per month billed at Rs. 15.53/kWh, the electricity bill goes up to Rs. 15,530 every month. That amounts to Rs. 186,360 per annum!

If, however, you have a solar energy source at home, you can reduce this considerably. Assuming you install a 7 kW array in your home (this is the average system we recommend), it will add up to save you almost Rs. 159,450 per annum from utilities, i.e., Rs. 13,287.5 per month. At this rate, you are bound to breakeven against your investment in under 5 years.

Since solar panels are warrantied for 20-25 years, this investment pays back 4-5 times during its life, making solar energy not only good for the environment, but also makes financial sense. 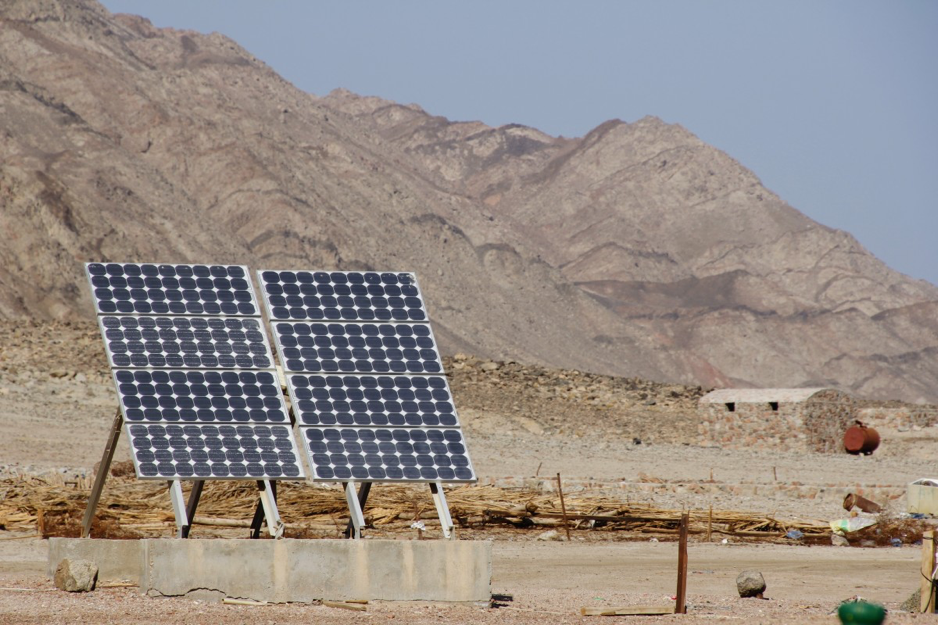 Solar panels can prove extremely useful for Pakistan’s struggle for energy. Pakistan is a dominantly hot country with extremely long and bright summer days. Application of solar panels in the Kachhi plains of Balochistan, the vast plains of Sindh, and numerous other places throughout Pakistan can be extremely beneficial in not only decreasing the overall cost of electricity but also overcoming the dominant shortage of electricity in the country.

If you’re looking for guaranteed high quality handiwork on your solar panel repair or installation job, we recommend you hire professional solar panel technicians from Kam Kaj only. Regardless of your solar project’s size and requirements, Kam Kaj experts always have your back and are ready to help you harness the power of the sun!

We are more than capable of completing a comprehensive light installation service. From replacing bulbs to installing multiple lights, we can help you.

What is different between silicon and polypolycrystalline solar panels?

Hello There, I wanted to know which will be best suitable Solar Panel technology either mono or poly for Hyderabad, Sindh Region and if possible kindly mention the company.

Dear Akbar. Thank you for your comment. You can get either type of solar panels installed in Hyderabad, each having its own distinct advantage. However, most people there choose mono-crystalline solar panels for their residential needs, considering the fact that they take up less space and have a lower maintenance cost. Poly-crystalline panels, on the other hand, are favoured by the commercial sector due to their improved heat absorption, efficiency, and thus, electricity generation. Remember, the hot climate of said region means more maintenance and repair cost on the poly-crystalline panels. Unfortunately, we can not suggest any companies in Hyderabad, nor do we operate there yet. But it's only a matter of time before you can get solar panels installed cost-effectively in Hyderabad.