Importance Of Eid-Ul-Adha For Muslims All Over The World 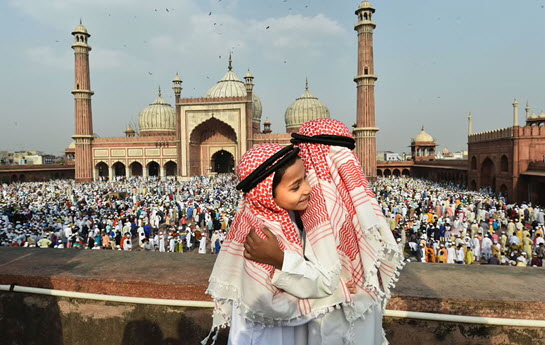 For pilgrims of Mecca it’s one of the obligations but other than them, it’s recommended and sunnah, and on EidulAdha those Muslims who can afford to do so offer domestic animals, usually sheep, as a symbol of Hazrat Abraham's (R.A) sacrifice.

The meat is distributed for consumption to family, friends, and the poor and needy.
During the celebration of Eid al-Adha, Muslims commemorate and remember Hazrat Abraham's (R.a) trials, by themselves slaughtering animals such as sheep, camel, cow, or goats. This action is very often misunderstood by those outside the faith.

Allah has given us power over animals and allowed us to eat meat, but only if we pronounce His name at the solemn act of taking life. Muslims slaughter animals in the same way throughout the year. By saying the name of Allah at the time of slaughter, we are reminded that life is sacred.

We recognize that all blessings come from Allah, and we should open our hearts and share them with others.

It is very important to understand that the sacrifice itself, as practiced by Muslims, has nothing to do with atoning for our sins or using the blood to wash from sin. This is a misunderstanding by those of previous generations:

The symbolism is in the attitude - a willingness to make sacrifices in our lives to stay on the Straight Path. Each of us makes small sacrifices, giving up things that are fun or important to us. A true Muslim, one who submits his or herself completely to the Lord, is willing to follow Allah's commands completely and obediently.

It is this strength of heart, purity in faith, and willing obedience that our Lord desires from us

Looking for Professional Sofa Cleaning Company? Sofa Cleaners at Kam Kaj make sure your Sofa gets a new look after availing our Sofa Washing Services near you.

Kam Kaj provides expert curtain cleaning services. For best results you can rely on our in-house staff. Your Curtains look new with Our Caring Cleaning.

Get professional commercial cleaning services at affordable prices. Our in-house cleaners Adhere To The Highest Safety Standards when cleaning premises.

We pledged to provide residential and commercial window cleaning services to our commercial, and residential customers. Our team keeps your windows shiny.

Get your floors deep cleaned by availing of our professional floor cleaning services. Our in-house cleaners make sure your floor look shiny, clean, and tidy.

Cooking, eating, foot traffic—they all lead to dirt and buildup. Kam Kaj's professional team has the proven processes to deliver exceptional results you can both see and feel.

Kam Kaj proudly serves their customers with quality and professional services at your doorstep. Now your covet for commercial glass cleaning is also gone.

Your Bathrooms see a lot of use throughout the week. Kam Kaj provides Best Bathroom Cleaning Services in Karachi and Lahore. Hire Bathroom Cleaners Near You.